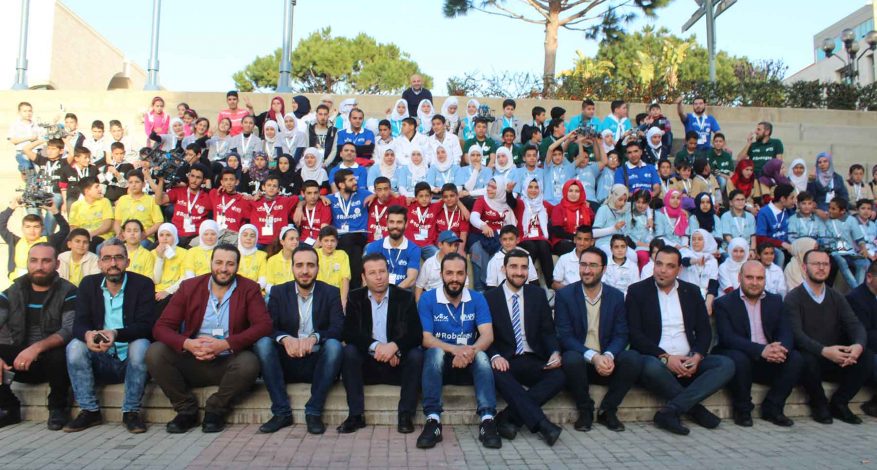 One of the most remarkable memories in MAPS organization is Launching Robogee to be the beginning of building a generation of technology and value-based innovators.Robogee held the biggest robotics championship for the Syrian refugees in the world where Hope of Syria team and Team Hope participated in that championship, that event was considered to be the Champions plant.
Robogee was a gate to gain 36 local, Arab and global awards, the most important one was the world’s world’s championship in robotics and artificial intelligence at the end 2019 which was dedicated to Team Hope.
Robogee didn’t focus on just gaining awards and participating in championships, but also on building innovation, values and ethics for generation of innovative children who will be able to participate in building Future Syria.