My mother is my heaven brings happiness to 350 widowed mothers

my mother is my heaven had concluded it’s activities in reaching to 350 widowed and family provider mothers, where each one of them got new clothes were given by group of Syrian merchants in Bekaa. 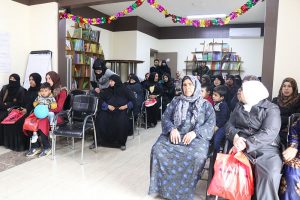 This campaign brings happiness to the mother’s hearts by honouring celebrations as a way to gratitude their efforts to live in dignity in the refugee communities.

my_mother_is_my_heaven is a campaign that was launched by #MAPS relief program and lasted for a month during March 2019 in Bekaa in Lebanon.