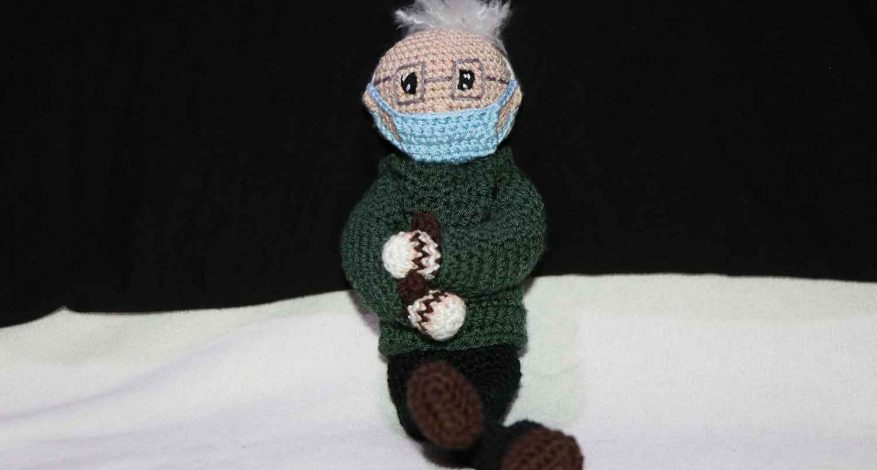 The photo of the American senator Bernie Sanders that has been taken during the American president Joe Biden inauguration has caused a quite stir on social media.
The Crochet Community Collective has lately produced dolls that look like the American senator, hundreds of these dolls have reached Norway to be sold there.
Through this project, the Syrian women offer support to teach 300 children each year, the project also grants job opportunities for tens of the Syrian teachers in Lebanon’s camps, in addition to insuring work for more than 50 Syrian ladies who are living in Lebanon. 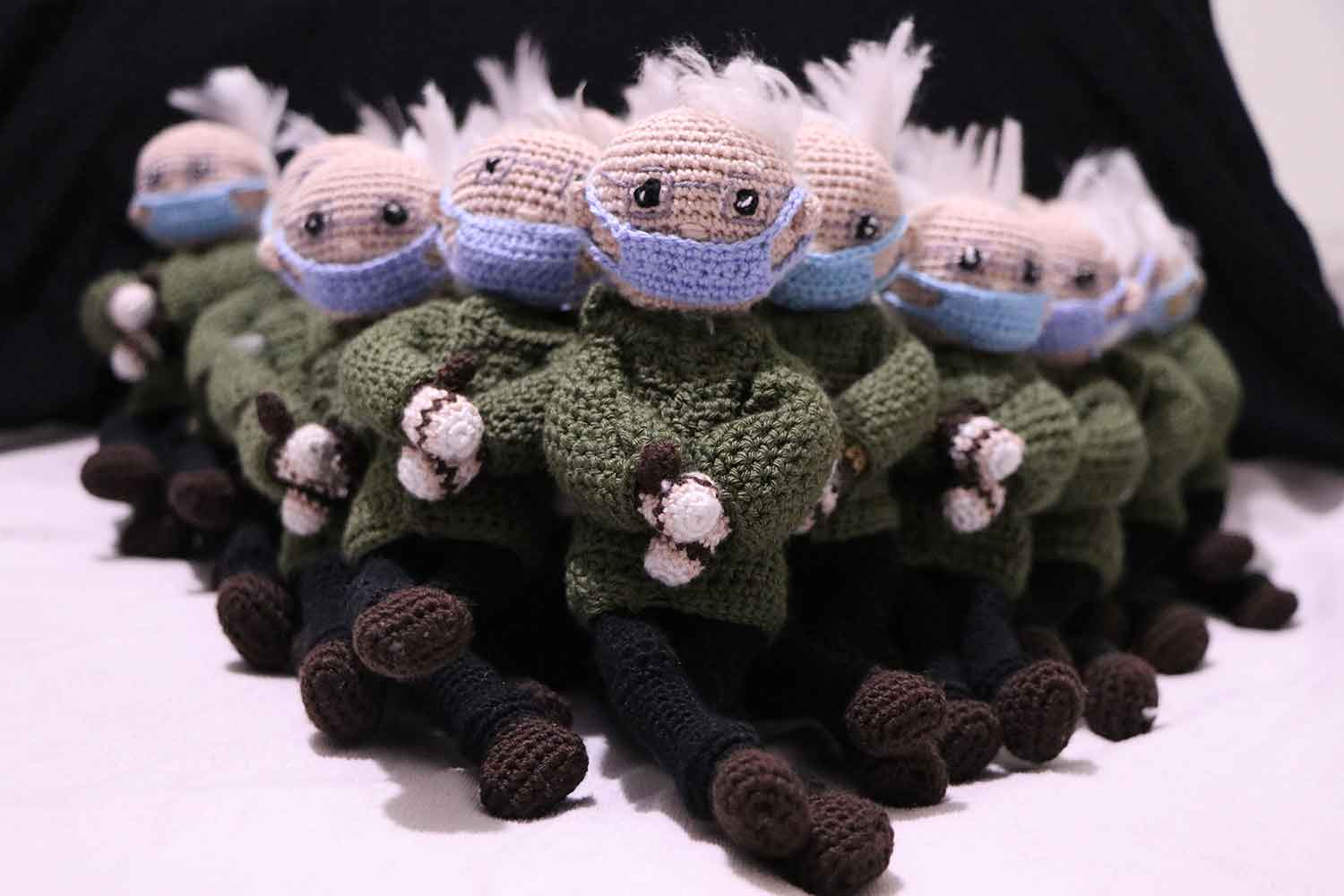 The project’s community mission hasn’t stopped here, since the project has also supported Team Hope’s participation in First Global championship in Dubai at the end of 2020, where the team gained the world’s championship in robotics and artificial intelligence.
NRK the Norwegian newspaper has talked about the community mission that Syrian women are providing and their vital role in society supporting of the educational process for the Syrian children. https://www.nrk.no/…/hekla-dukker-av-bernie-sanders-gir… For more information, please click on the following link:https://www.facebook.com/CrochetCommunityCollective