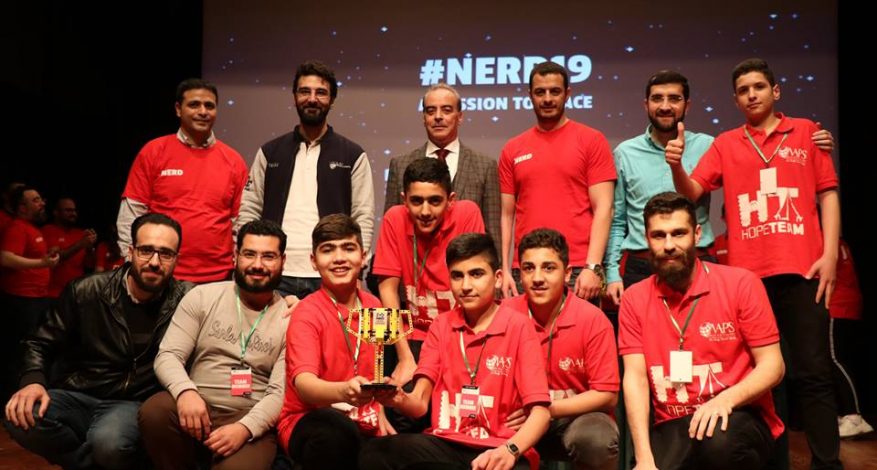 Syria hope junior team won the best design award for their “moon city“ project Hope Syria team participated in mission moon challenge for junior level in First LEGO League which was held in the Lebanese American University, Byblos campus on Saturday 16, March 2019.Syria Hope team consists of 6 students their ages are between 6-9 years old,  They were asked  to do a scientific research that is related to space, so they decided to make a research about a city on the moon and they called it Moon city they also added a LEGO model to present it in mission moon competition, in this model they won the best design Award.

Hope Syria team is one of continuous education and community service program- one of MAPS programs- successions that appeared in 2016 and was able to represent his country and the whole Syria refugees around the world in 14 participations in local and global championships and they achieved advanced ranks and won about 10 awards till now.