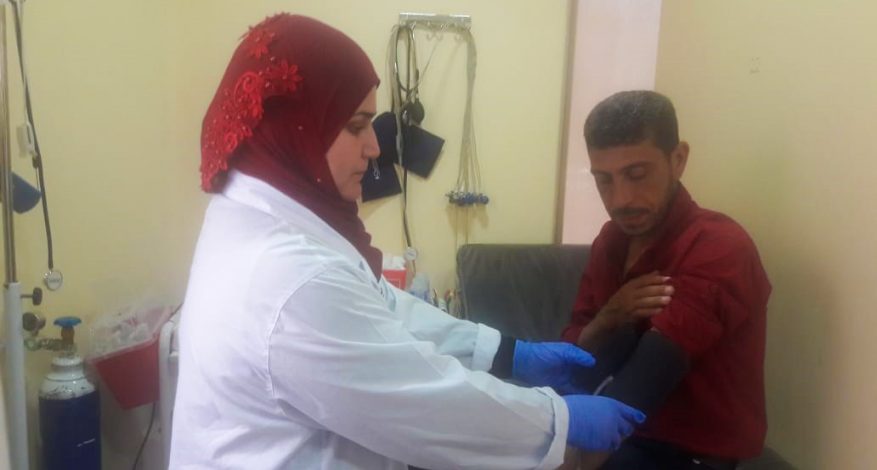 Abdul Salam story with B12 deficiency

Abdul Salam Al-Hititani entered to the department of ambulance and emergency at Gihrass Alkair Public dispensary, and was in a too critical condition, after he has a severe vomiting, which has continued for 36 hours, that led to dehydration in the body.

Cadres of the dispensary followed up the health case of patient under the supervision of Dr. Ramaz Issa who carried out required laboratory tests, to detect that the patient has an acute renal insufficiency.

The patient has been given a serum for three days, to compensate what he lost, then immediately was received the required treatment. He continued to review the health center until he recovered his full health.

The clinic run by MAPs, and is fully funded by Syrian American Medical Society- SAMS .